When God says in Deuteronomy 32:39 that “I kill”, what does this mean?

In order to understand what the Lord is saying here, we need to understand a little bit about Hebrew Poetry; specifically Parallelism.

The “breath of life,” or “spirit,” which brought life originally to man, is expressly declared to have been inbreathed by God. The patriarch Job in characteristic Hebrew parallelism, in referring back to the creation of man, utters these impressive words: “The spirit [ruach] of God hath made me, and the breath [neshamah] of the Almighty hath given me life” (Job 33:4). CFF1 155.4

Parallelism is the foundation of Hebrew poetry and registers most obviously to the English reader as a balanced repetition:

Looking at Psalms 24:1, we can gain a better understanding of Parallelism.

{The thought} The earth is the LORD’S, and the fulness thereof;

{The bicola} the world, and they that dwell therein.

The symmetrical arrangement of parallel lines of about the same length (called “cola” or “stichs”) in which meaning, grammar, syntax, form, and stress balance and reinforce one another constitute parallelism. The cadence of the Psalms even in translation rises in the main from these overlapping parallelisms-semantic, syntactic, morphological, prosodic. Usually two parallel lines appear together, forming a “bicolon” or a “distich:”

{The thought} Who may ascend the hill of the Lord?

{The bicola} Who may stand in his holy place?

Less frequently three lines comprise a “tricolon” or a “triptych:”

{The thought} He who has clean hands and a pure heart,

{The tricola} or swear by what is false.

Types of parallelism emerge from the common patterns of meaning sustained between these parallel lines. Synonymous parallelism describes bicola or tricola in which the same or similar thoughts are repeated:

{The thought} Therefore the wicked will not stand in the judgment,

{The bicola} nor sinners in the assembly of the righteous.

{The thought} For the Lord watches over the way of the righteous,

{The antithetic parallel} but the way of the wicked will perish.

In synthetic parallelism the second or third lines of the unit are not synonymous or antithetic to the first line but advance the thought in a variety of other ways. For example, one of the lines may give a comparison to illuminate the other. This is emblematic parallelism:

{The thought} As a father has compassion on his children,

{The emblematic parallel} so the Lord has compassion on those who fear him.

Other lines of synthetic parallelism relate by reason or result:

{The thought} Fear the Lord, you his saints,

{The synthetic parallel} for those who fear him lack nothing.

Many lines of synthetic parallelism simply advance or complete the thought without recourse to any of the semantic ties noted above:

{The thought} Surely goodness and love will follow me all the days of my life,

{The synthetic parallel} and I will dwell in the house of the Lord forever.

Ascribe to the Lord, O mighty ones,

ascribe to the Lord glory and strength.

Ascribe to the Lord the glory due his name;

worship the Lord in the splendor of his holiness.

Now that we have a better understanding of Hebrew Parallelism, lets take another look at Deuteronomy 32:39

{The thought} I kill, and I make alive

{The synonymous parallel} I wound, and I heal

{The climactic parallel] neither is there any that can deliver out of my hand.

Simply put; Hebrew parallelism means two sentences next to each other that say the same thing. Example:

Go from thy spirit is parallel to flee from thy presence. Therefore Spirit = presence.

Kill and make alive is parallel to wound and heal.  In parallel is wounding and killing and healing and making alive. But more importantly is that healing follows wounding. Therefore making alive follows killing.

[This represents the two covenants. The old covenant kills and the new covenant makes alive. One follows the other in the divine pattern. More on this in another study located HERE.]

So, is God saying that He is a killer in Deuteronomy 32:39?  We can definitively say “No”, in fact, it's quite the opposite.

Luke 9:56 For the Son of man is not come to destroy men's lives, but to save them. 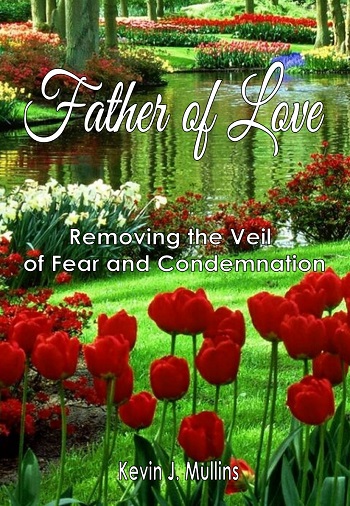