It has been popularized to emphasize the “fact” that the Hebrew word “echad”, (or “one”) is “inherently plural” by definition (The Trinity, Whidden, Moon, Reeve, pp 34, 39, 76).  This premise can be easily demonstrated to be false, and misleading.  It is of little wonder, or mystery that modern scholarship should grasp at every possible argument in favor of a Trinitarian theology.  That simple words are re-defined to mean something completely different than the authors original intention is NOT the biggest surprise.

What is amazing, if not outright shocking, is the bold presumption, audacity, unashamed arrogance; of accusing the Jews with NOT understanding, and misinterpreting there own native language.  “We know you Jews have been reciting the shema (Deut. 6:4, 5) everyday for thousands of years, but now I am going to explain the real meaning of these words that you have NEVER understood properly.  Even though I cannot read or write ancient or modern Hebrew, I am fully confident I have the correct interpretation and NOT you.”

Rabbi Singer says the following about the improper use of "echad."

"Although this ‘proof’ is as flawed as the doctrine it seeks to support, for those who lack an elementary knowledge of the Hebrew language, this argument can be rather puzzling. The word echad in the Hebrew language functions in precisely the same manner as the word ‘one’ does in the English language. In the English language it can be said, ‘these four chairs and the table constitute one dinette set,’ or alternatively, ‘There is one penny in my hand.’ Using these two examples, it is easy to see how the English word ‘one’ can mean either many things in one, as in the case of the dinette set, or one alone, as in the case of the penny. Although the Hebrew word echad functions in the exact same manner, evangelical Christians will never offer biblical examples where the word echad means one alone. Thus, by only presenting scriptural verses such as Genesis 1:5 and Numbers 23:13, it creates the illusion to the novice that the word echad is somehow synonymous with a compound-unity. Nothing, of course, could be further from the truth."

The following is from:  The Doctrine Of The Trinity By A. F. Buzzard And C. F. Hunting:

“It is untrue to say that the Hebrew word echad (one) in Deut. 6:4 points to ‘compound unity.’ A recent defense of the Trinity argues that when ‘one’ modifies a collective noun like ‘bunch’ or ‘herd,’ a plurality is implied in echad. The argument is fallacious. The sense of plurality is derived from the collective noun (herd, etc.), not from the word ‘one.’ Echad in Hebrew is the numeral ‘one.’ ‘Abraham was one [echad]’ (Ezk. 33:24); ‘only one man,’ NIV). Isaiah 51:2 also describes Abraham as ‘one’ (echad, ‘alone,’ KJV; ‘the only one,’ NJB), where there is no possible misunderstanding about the meaning of this simple word. ...The claim that ‘one’ really means ‘compound oneness’ is an example of argument by assertion without logical proof. ...The argument involves an easily detectable fallacy. Echad appears some 650 times in the Hebrew Bible and in no case does the word itself carry a hint of plurality. Echad is a numerical adjective and naturally enough is sometimes found modifying a collective noun - one family, one herd, and one bunch. But we should observe carefully that the sense of plurality resides in the compound noun and not in the word echad (one).

“...It has been necessary to belabor our point because the recent defense of the Trinity makes the astonishing assertion that echad always implies a ‘compound unity.’ The author then builds his case for a multi-personal God on what he thinks is a firm foundation in the Hebrew Bible. The linguistic fact is that echad never means ‘compound one,’ but strictly a ‘single one’. ”

“Early in Genesis 2:24 we learn that the two will become one flesh. The word one here means precisely one and no more (one flesh and not two fleshes!). One bunch of grapes is just that one and not two bunches. Thus when The Eternal God is said to be one (Deuteronomy 6:4, cited by Yehoshua in Mark 12:29) he is a single YHVH (The Eternal God) and no more.

“Imagine that someone claimed that the word one meant compound one in the words one tripod. Suppose someone thought that the one United States of America implied that one was really a plural in meaning. The specious reasoning is obvious: the idea of plurality belongs only to the words tripod and States, not the word one. It is a subterfuge to transfer to one the plurality which belongs only to the following noun. It would be similar saying that one really means one hundred when it appears in the combination one centipede!”

“…The linguistic fact is that echad never means compound one, but strictly a single one. The fact that many waters were gathered to one (echad) place (Genesis 1:9) provides no data at all for a compound sense for one.”  (Buzzard and Hunting, The Doctrine of the Trinity, Christianity’s Self-Inflicted Wound, read pp 22-30).

With so much emphasis placed upon the false (plural) interpretation of both "echad" and "Elohim", it is no surprise that many SDA’s perceive “Trinitarian” polytheism as the legitimate Biblical alternative to the “pagan” version of the same.  In other words, polytheism is good, as long as it’s within a Christian context.  The following passage from Woodrow Whidden’s article in Ministry magazine will serve as a classic example.

“One of the passages that is most often cited in support of unitarian interpretations of the Godhead is Deuteronomy 6:4. This great passage, known as the "Holy Shema," forthrightly proclaims the oneness of God: "Hear, O Israel! The Lord our God, the Lord is one" (NASB).

“A superficial reading of this text could point toward unitarianism, but when the meaning of the Hebrew word that is translated "one" ('echad) is explored in depth (and compared with the word yachid), the results are revealing. 'Echad actually means "'one (among others),' the emphasis being on a particular one. . . . The possibility of there being others is inherent in 'echad, but yachid precludes that possibility."4

“The difference between 'echad and yachid can be further explained: 'echad refers to the oneness that results from a unity of numerous persons, while yachid is used in Hebrew to refer to an exclusively unitary being. In contrast to 'echad, yachid "means 'one' in the sense of 'only,' or 'alone.'"5 Moses, therefore, chose to employ the word 'echad to express the idea of one among others in a joined or shared oneness.”  (Woodrow Whidden, Ministry, Feb. 2003, p. 10).

Reply to Whidden, looks more like polytheism than a Trinity.

“In Dr. Whidden's article on the Trinity, he reasoned that echad, as used in Deutoronomy 6:4, "the Lord is one" was used "to express the idea of one among others in a joined or shared oneness." This line of reasoning, however, would seem to support the concept of polytheism rather than the concept of a Trinity. If the Lord is "one among others," it would seem to imply that there are other gods, not that there is a plurality within the Lord.
—Lewis Anderson, pastor, Grand Haven, Michigan.”  (Ministry, Oct. 2003, p. 3). 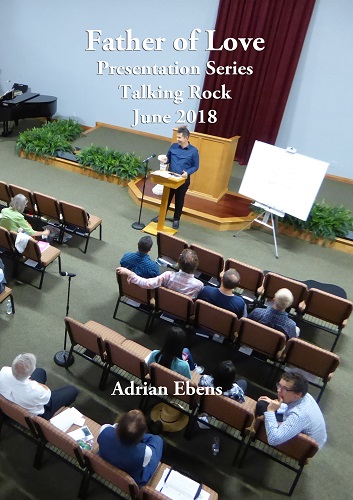 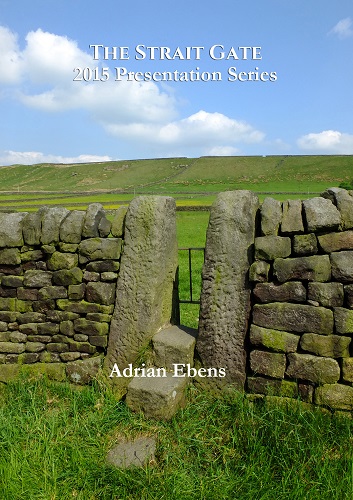