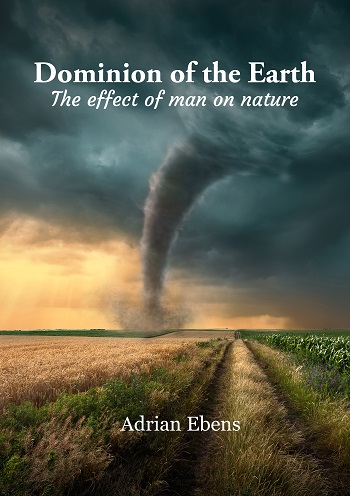 Christ's Mission
We recommend reading this book first if you have not already.

Agape
We recommend this book for further reading.

Dominion of the Earth
The effect of man on nature

Under the curse of sin all nature was to witness to man of the character and results of rebellion against God. When God made man He made him rule over the earth and all living creatures. So long as Adam remained loyal to Heaven, all nature was in subjection to him. But when he rebelled against the divine law, the inferior creatures were in rebellion against his rule. Thus the Lord, in His great mercy, would show men the sacredness of His law, and lead them, by their own experience, to see the danger of setting it aside, even in the slightest degree. PP 59, 60

Among the lower creatures Adam had stood as king, and so long as he remained loyal to God, all nature acknowledged his rule; but when he transgressed, this dominion was forfeited. The spirit of rebellion, to which he himself had given entrance, extended throughout the animal creation. Thus not only the life of man, but the nature of the beasts, the trees of the forest, the grass of the field, the very air he breathed, all told the sad lesson of the knowledge of evil.  Ed 26.4