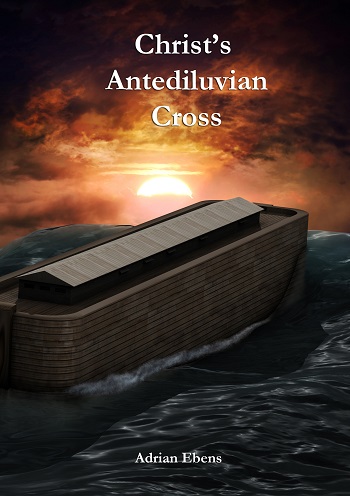 Cross Examined and Cross Encountered
We recommend reading this book first if you have not already.

The mystery of the cross explains all other mysteries. In the light that streams from Calvary the attributes of God which had filled us with fear and awe appear beautiful and attractive. Mercy, tenderness, and parental love are seen to blend with holiness, justice, and power. While we behold the majesty of His throne, high and lifted up, we see His character in its gracious manifestations, and comprehend, as never before, the significance of that endearing title, "Our Father." GC 652.1

Paul said that I am determined to know nothing among you save Christ and Him Crucified. The Cross of Christ is revealed in all the major events of destruction recorded in Scripture. In all the affliction of His Children Christ is afflicted.

In the beginning the seed of Christ which is His Word was given to the woman which is His church. Through all the time before the flood, the woman laboured and travailed to manifest Christ in them the hope of glory. Yet they vexed His Holy Spirit and suppressed the truth. They drowned out His voice and caused Him terrible grief.

In the language of the Psalms, Christ speaks of His antediluvian cross in the following manner:

Psa 18:11  He made darkness his secret place; his pavilion round about him were dark waters and thick clouds of the skies.

Psalm 18:15  Then the channels of waters were seen, and the foundations of the world were discovered at thy rebuke, O LORD, at the blast of the breath of thy nostrils.

Our Father in heaven does not use the threat of death to coerce us into obedience. His law is a transcript of His character, and His law says thou shalt not kill. In the death of the Cross, Christ has abolished the lie that God threatens to kill the rebellious. The Cross reveals that God leaves those who reject Him to their own choices. As Jerusalem used the Romans to hang Christ on the cross and were then hung on crosses by the Romans forty years later, so the antediluvians had drowned out the Spirit of Christ, and they drowned according to their own actions.