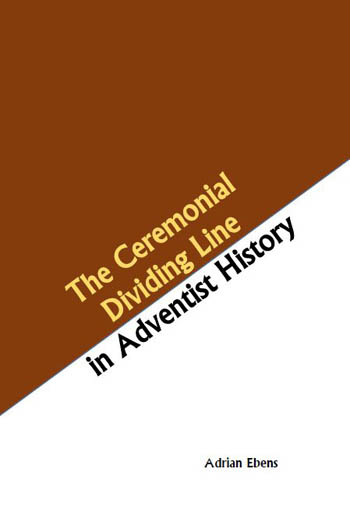 Stand by the Landmarks and Build on the Platform
We recommend reading this book first if you have not already.

Showing Respect for Colossians 2:14-17
We recommend this book for further reading.

Adventist history is full of struggle and debate over the issue of when and where did the Old Covenant with all of its rites and ceremonies begin and end. Like all other Protestant churches from which they came, the Adventists long accepted the prevailing notion that all things old and Jewish came to an end at the death of Jesus. For all the other Protestants that meant the seventh day Sabbath as well. Not so, said the Adventists, newly convicted by the Fourth Commandment. The Moral Law is permanent; the Law of Moses was nailed to the cross. But what about tithe, intoxicating liquor, and unclean meats? Soon a growing list of Mosaic statutes were moved across the Ceremonial Divide. And then came 1888. The implications were undeniable. Something had to give. The battle lines were drawn, and the rest— well, the rest is History.