This expression was a favorite of Ellen White’s and in most instances it is used to express the importance of the present time, as in “Now, as never before”  or “There has never been a time in the past like the present.”

“There never was a time when more workers were needed than at the present.”
Colporteur Ministry p. 21; Review and Herald, Apr 1, 1880

“There never was a time when we needed to begin to understand our duty to God as now.”
Review and Herald Nov 18, 1884

“There never was a time of greater danger to the church than the present, and many will not be true to their own souls.” Signs of the Times, June 26, 1884

“There never was a time when it was so important that the followers of Christ should study the Bible as now.”

“There never was a time when there was greater need for the exercise of mercy than today.”
Signs of the Times June 13, 1892; Reflecting Christ Chp. 213; Welfare Ministry p. 15.

“There never was a time when the world was in greater need of the light of heavenly truth, than it is at the present time.” North Pacific Union Gleaner, March 16, 1910

“There never was a time when God was ready and waiting to do more for His people than now.”
Testimonies vol. 3 p. 455

“There never was a time when we needed more to encourage faith, than at the present time; for there are perplexities on the right hand and on the left.”  Loma Linda Messages p. 578; Paulson Collection p. 258

“I am bidden to say that there never was a time when we needed to be more zealous.”
A Place Called Oakwood, Unpublished Documents p. 125

“God spoke to the children of Israel by the mouths of prophets and apostles; but there never was a time when men were more fully informed than they now are concerning his will and the course he would have them pursue.”  Signs of the Times, July 22, 1886

But there are two occurrences which involve eternity past which have been widely quoted in multiple compilations. In contrast to the relative superlative treatment evident in the usages above which deal with the present, these two examples are usually treated in an absolute sense.

“The covenant of mercy was made before the foundation of the world. It has existed from all eternity, and is called the everlasting covenant. So surely as there never was a time when God was not, so surely there never was a moment when it was not the delight of the eternal mind to manifest His grace to humanity.”  Signs of the Times, June 12, 1901; The Faith I Live By p. 76  God’s Amazing Grace Chp. 122. Lift Him Up p. 372; Our Father Cares p. 68; 7BC p. 934.

The covenant of mercy may be named the everlasting covenant because it has no expiration date; it will continue to be active forever, continuing into the future without ever ending.  This unending covenant was “made” before the world’s foundation, or before creation. Paradoxically, besides being “made” prior to the beginning of time for this earth, it has “existed from all eternity.”  This presents us with an apparent contradiction of concepts: the making, establishing, construction, production of the covenant and it apparently having “always” existed.

However, “always” is not stated, but frequently read into the statement. When it is assumed to be understood as such, it must of necessity deny that there was ever a time when it was actually “made” or else there would have been a prior time in which it had not yet been made, and it would no longer be eternal in the past.  But perhaps we are reading more into this than is actually stated. “From all eternity” does not demand that something is absolutely eternal, “always” in existence. It could arise and come from that past epoch which includes “all eternity”—that’s where it came from.  No specific location within that epoch is provided, but simply that its origin is “from” there.

A second statement follows which addresses the delight of God’s mind toward humanity. This statement does not deal with the covenant directly or the extent of its duration, but rather the grace of God contained within the contract. This grace, like God’s love and goodness and mercy, is absolutely eternal even as God is and has always been and will always be. There has never been a time—no, not even a moment!—when God’s eternal mind has not entertained with delight the manifestation of His grace to us, His creatures, fallen or unfallen.  His mind is certainly as eternal as He is, but the manifestation of His saving grace is of necessity limited to the period of time during which the human race has existed.  The everlasting covenant, therefore, could not be executed between God and humanity, for we have existed for only a few recent millennia.  The everlasting covenant between the Father and Son was made before the earth’s creation and confirmed after man’s fall. This second event is described by Ellen White as a period of deliberation when the Son went in before the Father three times until the two were reconciled, the decision was made, and the council of peace of Zechariah 6:13 was between them both.

Notice when this is said to have taken place:

“Sorrow filled heaven, as it was realized that man was lost. . . .The whole family of Adam must die. I saw the lovely Jesus and beheld an expression of sympathy and sorrow upon His countenance. Soon I saw Him approach the exceeding bright light which enshrouded the Father. Said my accompanying angel, He is in close converse with His Father. The anxiety of the angels seemed to be intense while Jesus was communing with His Father. Three times He was shut in by the glorious light about the Father, and the third time He came out from the Father, His person could be seen. His countenance was calm, free from all perplexity and doubt, and shone with benevolence and loveliness, such as words cannot express.

"He then made known to the angelic host that a way of escape had been made for lost man. He told them that He had been pleading with His Father, and had offered to give His life a ransom, to take the sentence of death upon Himself, that through Him man might find pardon; that through the merits of His blood, and obedience to the law of God, they could have the favor of God and be brought into the beautiful garden and eat of the fruit of the tree of life.”  The Story of Redemption 1947 p. 41; Lift Him Up 1988 p. 22; Spirit of Prophecy vol 1. 1870  p. 45 (…the third time he came from the Father… it appears that “out” was added in the later compilations!)

This description, originally penned in 1870, places at least Christ’s decision to give His life for fallen man after Adam’s fall and therefore after the creation of the world. While it is not labeled as “the counsel of peace,” perhaps this was a second meeting of Father and Son to confirm the previously devised plan of redemption.  The next quotation is identified as “the counsel of peace” but, again, it takes place in the presence of the onlooking angels.

“Before the Father [Christ] pleaded in the sinner’s behalf, while the host of heaven awaited the result with an intensity of interest that words cannot express. Long continued was that mysterious communing—“the counsel of peace” for the fallen human race. The plan of salvation had been laid before the creation of the earth, for Christ is “the Lamb slain from the foundation of the world.” Yet it was a struggle, even with the King of the universe, to yield up His Son to die for the guilty race.”  Patriarchs and Prophets p. 63; Signs of the Times Nov 4, 1908

The everlasting covenant was made, the counsel of peace was sealed, the plan was laid while angels watched. The setting here is after the creation of angels but before the creation of man.

“He gave Him not only to bear our sins, and to die as our sacrifice; He gave Him to the fallen race. To assure us of His immutable counsel of peace, God gave His only-begotten Son to become one of the human family, forever to retain His human nature.” Desire of Ages p. 25; The Faith I Live By p. 45; Heaven p. 72; Our Father Cares p. 65; Reflecting Christ Chp. 31; 7BC p. 456

“When God would assure us of his immutable counsel of peace, he gives his only begotten Son to become one of the human family, forever to retain his human nature as a pledge that God will fulfill his word.” Review and Herald Apr 3, 1894

The timing of the counsel is not specified in these quotations, but notice that in both the Father gave His Son “to become one of the human family” not to become His Son. The pre-incarnate Christ was already the only-begotten Son of God before he became the Son of man, the Son of David, the Son of Mary.

In quoting Zechariah 6:13 Ellen White identifies the Father and Son as the parties to the counsel of peace,

“Says the prophet: “He shall build the temple of the Lord; and he shall bear the glory, and shall sit and rule upon his [the Father's] throne; and he shall be a priest upon his throne; and the counsel of peace shall be between them both.” [Zechariah 6:13.]  Great Controversy 1888 p. 415 bracketed comments in the original.

““And the counsel of peace shall be between them both.” The love of the Father, no less than of the Son, is the fountain of salvation for the lost race. Said Jesus to his disciples, before he went away, “I say not unto you, that I will pray the Father for you; for the Father himself loveth you.” [John 16:26, 27.] God was “in Christ, reconciling the world unto himself.” [2 Corinthians 5:19.] And in the ministration in the sanctuary above, “the counsel of peace shall be between them both.” “God so loved the world, that he gave his only begotten Son, that whosoever believeth in him should not perish, but have everlasting life.” [John 3:16.]  Great Controversy 1888 p. 416.

The counsel of peace was between the Father and Son, between God and Christ, between God and His only begotten Son, laid before the foundation of the world, “seen of angels” (1Tim 3:16) and confirmed in their presence, but existed from all eternity within the eternal mind of the eternal God. 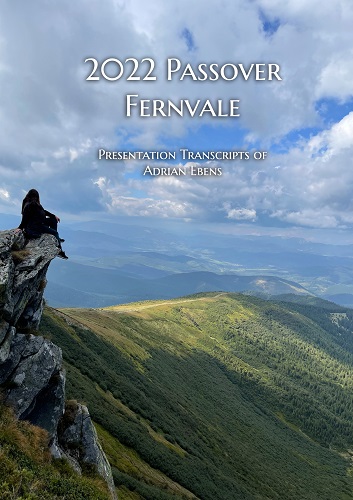 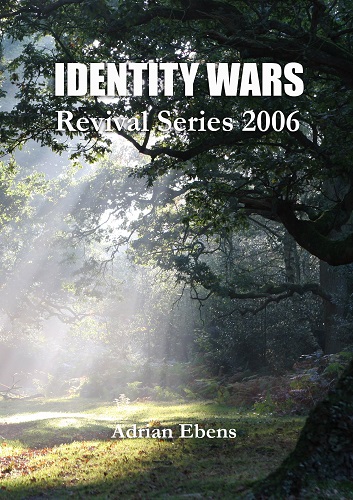