Thou shalt not kill: the price of discipleship - the experience of the disciples of Christ in Russia in the late 19th century

In these months the community "Maranatha Media" actively explores the question of “does the Heavenly Father murder people. Those who embody the law of God in their lives, find it very easy to learn in relation to the Sixth Commandment, especially if you live in a country where two-thirds of its history in a state of war.

The Russian army consisted mostly of Orthodox Christians and the Orthodox Church supported all the wars of conquest of the Russian tsars. Was there anyone against this system? Yes.

And my testimony today is about a group of believers, who publicly protested against the distortion of the teachings of Christ. This is another page of The Great Controversy, when a radical difference put followers of the teachings of Jesus Christ in the epicenter of terror.

So, already in the 18th century, there was a group of believers, who called themselves the Doukhobors in Russia. They had no relationship to the Orthodox Church. These communities were not priests. They do not worship icons. There were no church buildings. The Doukhobors were distinguished by the fact that they did not have any external manifestations of religion or rituals - their faith was invisible and immaterial. The main thing for the Dukhobors - inner spiritual height.

- Do you have a temple? Where is your church? - the Doukhobors were asked.

- Our church is built in the minds and hearts of men.

The Dukhobors were close anti-war, or as they say - pacifist views (this makes them, for example, like the Quakers).

The Russian rulers and the official church were not very fond of these citizens of the empire, and throughout the 19th century did everything to prevent the Doukhobors from exerting their influence on society. To this end, Doukhobor community was sent from the center to the periphery of Russia - in the Crimea and the Caucasus.

In the 80 years of the 19th century, a decree was issued, which obliged the Doukhobors to join the army. It is worth noting that in the beginning, many Doukhobors had joined the army or were in the ranks of her before the release of the decree. But in 1895 there was a revision of views on the matter.

And the leader of the words were heard brethren. About ten thousand Doukhobors joined the "big community" with Peter Verigin - they also agreed to get rid of the weapons and leave the army.

As evidence of their intentions the Doukhobors decided to make a kind of march and protest. In the summer of 1895 the Doukhobors gathered all their weapons and folded them into a pile, and set on fire. There was a long blazing bonfire of weapons, and in the meantime they stood and sang psalms, watching the flames devouring weapon.

The authorities sent soldiers to punish the Doukhobors. This was done in the most cruel manner.

When the soldiers arrived at the scene, the fire was burning, and it melted weapons. The soldiers on horseback attacked the unarmed crowd of Doukhobors, beat the people, without distinction of any men or women, the horses knocked people to the ground and trampled by the crowd. The Doukhobors-men met the attack, standing hand in hand and put the women.in the middle.

This event had a great response. Around the world, various newspapers and magazines wrote about the incident. The information came to the press thanks to the efforts of the writer Leo Tolstoy, who was shocked by the violence against the Doukhobors. The authority of Tolstoy in Russia was so great that there is a saying that there are two kings - Leo Tolstoy and Nikolai II.

It is worth noting that Leo Tolstoy in his youth was a military officer and participated in bloody battles with the Turks. But thanks to the teachings of the Gospel, Tolstoy became an absolute opponent of the war, and any kind of violence. Tolstoy was a preacher of the Gospel doctrine of non-resistance to evil by violence - a lot of thought and wrote about it.

So Tolstoy was shocked by the violence againt the Doukhobors. In the Caucasus, where there was brutal suppression of the movement against the war, Tolstoy went to associate with them to study the situation on the spot. The result of the trip was the article "The persecution of Christians in Russia in 1895", which was not possible to be published in the homeland of Russia. Tolstoy contributed to the appearance of an article in the London Times.

Meanwhile, the Russian government sent four thousand Doukhobors in a multi-year exile in Siberia. Every tenth Dukhobor died on the way to a place of exile. We have preserved evidence of one of the participants in these events - Vasily Pozdnyakov:

"First, we have revived consciousness of the word and example of Christ. After all, people - children of one Father and one another - brothers. Consequently, the need to live as brothers, to love and respect each other; and no harm or raping each other - it is a crime against God and conscience, and even more so to take the life of man. Anyone who kills a person is likened to Cain, the first fratricide. This question is particularly deeply affected the people in the military. Everyone understood the word. "Holding the sword shall perish by the sword" Every war they considered sinful thing, but from military service at the time they have not refused.

Peter Verigin – the Doukhobor leader - became acquainted with the teachings of Leo Tolstoy's denial of military service, with which he agreed, and handed over the Doukhobors to refuse to perform military service. The number of those wishing to abandon the service immediately multiplied almost all Doukhobors held at the military service and left the army and the militia, unanimously gave a promise not to serve more ...

They strengthened their beliefs and teachings of Christ's commandment: "Thou shalt not kill." They decided better to die for refusing to murder than to go to kill others and to be killed on the battlefield.

In 1895, awareness has increased so that many began to act independently; The government said that more will not kill any of the people, because they think of all the brothers. Those available in active service surrendered their weapons, and those consisting in the reserve and militia surrendered their military cards. The government response to this unexpected phenomenon was to consider it criminal, and it took the most stringent measures to suppress the movement. Those who laid down their arms were first detained in a military prison and appointed a military court. Those surrendering military their cards began to be punished with their families: they were sent to the Cossacks, who produced the most brutal bullying – they beat and raped their women.

Vasily Pozdnyakov was punished with 300 lashes, and then spent 20 days under strict detention without medical treatment; no one was allowed, and was gave nothing but bread and water. After his recovery, he was again called upon to re-military service and for abandoning weapons was imprisoned, where he was for three years, and then was deported to Siberia in Yakutsk region for 13 years. A military court sentenced the weapons surrendered to a disciplinary battalion, where the massacre began on the first day. While many were ready to die, but once they did not have to die. They were punished by flogging. Rods were made from thorny acacia branches, so that the bumps were thorns in the body. On the second and third day, we had to pull the thorns from each other mixed with the blood of the body.

Punished with rods cast into the cold dark solitary confinement; one day again demanded the execution of military duties and for failing again beaten on the wounded body. This went on for a long time - and the end is not to be seen this torment. They also had to starve. Out of the total of the boiler not to eat, because I do not eat meat. Besides the meat did not give anything of value. Bread was given very little. All very physically depleted, many were sick, but the doctor did not take to the hospital, forcing them to eat meat. The Priest demanded fulfillment of religious rites, and because the church were driven with rifle butts and fists. The situation was intolerable ... At the first trial, many renounced the business started. But those who have realized themselves and evaluated, they remain steadfast and to this day. Their position changed when they were deported to Siberia in Yakutsk region for 18 years. They were sent to the path even in the winter. While Siberian railway was built just yet, but because they had to walk ... "

It was named "Help", it was an epilogue to Tolstoy himself. He typed and sent "to a predefined list of persons at the head of the government, all prominent public figures and in general all those from whom we could expect any help. Tsar Nicholas II was handed a copy of the same. "

The reaction to the appeal was instantaneous with the authorities: searches of associates Leo Tolstoy were conducted.

And after a while the writer's friends were also sent into exile ...

But Leo Tolstoy continued to fight for the salvation of the Doukhobors and raised money for their trip from Russia. Preparing to move the Doukhobors took several years. And in 1899, more than seven thousand Doukhobors on the ships were able to move to Canada....

After five years of peace time Russia started a series of bloody turmoils.

In 1904, Russia lost the war Japan. In 1905 started the first Russian revolution.

In 1914, Russia entered the First World War, where its loss amounted to several million people.

The wave of violence and killings swept the country as a terrible bloody flood.

A large part of the Doukhobor community at that time led a peaceful life away from the turmoil of war and on the other continent.

The persecutor of the Doukhobors Tsar Nicholas II was executed by revolutionaries with all family members - wife and children. Since forever extinguished the Romanov dynasty of Russian tsars. A number of descendants of Leo Tolstoy in the world more than 400 people today.

The number of descendants of the Doukhobors, once migrated from Russia to Canada, estimated today at fourty thousand people.

God has not only saved the Doukhobor community, but multiply them. So God blessed those who exalt the law of God in the most adverse conditions.

When we worship the God who kills then we worship the idol. A century ago, Tolstoy had hoped that the Russian people would understand and awake. But today it is clear that the awakening has touched only a few. We lost this story .... And the time to move off from these shores.

Even so, come, Lord Jesus! 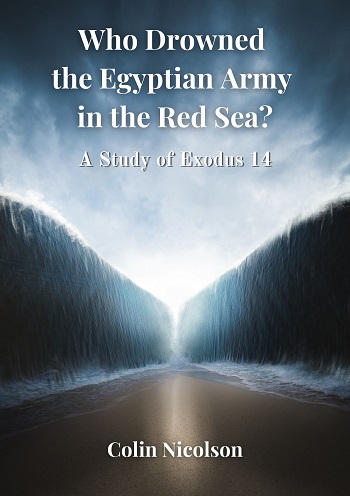