How I Came to be Stuck in a Refugee Camp 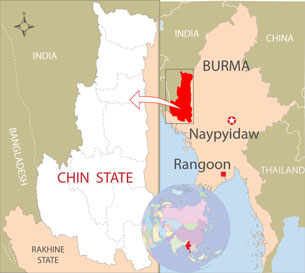 The reason I came to the refugee camp was because the Burmese government forced me to do military service. I was a porter; I had to carry things – including a gun, and was told to fight. One night we had to fight an armed group in Sagaing Division. Our side lost the battle. I survived because I had a friend of a schoolmate’s in the opposing armed group (of Meitei ethnic group).

The Burmese junta thought I was dead. If the junta found out I was alive, they would send me back to the army, so my friend's uncle sent me to Myawaddy, where his relative lived. Before I arrived in Myawaddy, I encountered danger. From a distance, I could see the Burmese junta checking for registration at Kawgarate gate. I did not have proof of any documents. My guide told me to get out of the car, get in a dump truck carrying stones, and pretend to be a road worker. This is because road workers are not questioned at the gate. By God's grace, God provided the dump truck for me when I was in trouble.

After staying in Myawaddy for two days, my host sent me to his acquaintance from Mae Sot. The reason I was sent to Mae Sot was because I was a veteran with no documents. It was not safe for me to stay in Myawaddy for a long time. It is especially dangerous for the person in who’s house I was staying. They will get in trouble because of me.

On the third day after I arrived in Mae Sot, I had to go by motorbike to get a letter of recommendation to avoid arrest. Unfortunately, I was stopped by the Thai police. I had no proof yet. My guide was released because he had evidence. I was handcuffed and put in the back of a car. I was very scared because I did not speak Thai.

I was sent to jail. I was told to press my fingers before putting me in jail. Then I was asked to hold a card with Thai writing on it and take photos. I slept one night in the jail. I couldn’t sleep all night. There were so many mosquitoes. At 8:30 in the morning, I had some rice with dried fish. At 9 o'clock I was put in a car with iron bars. 9 people were in the car.

We were sent to 999 gate on the Myanmar border. Thank God, I was interrogated by a Karen (another Ethnic group). I told him about my difficulties. He took pity on me and sent me to the Maela refugee camp. 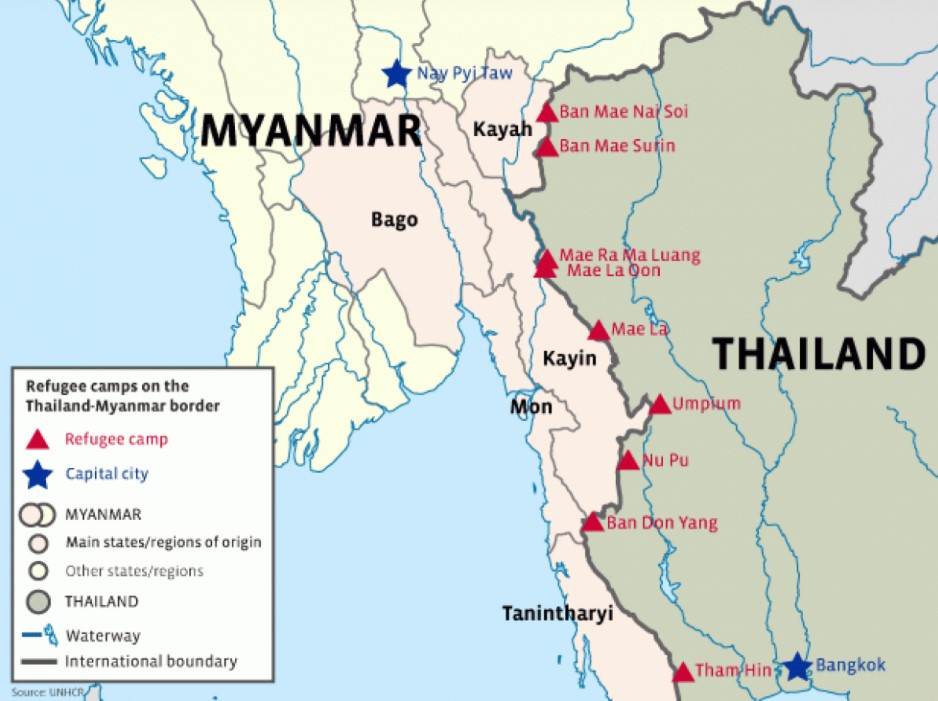 My mind was not the same as it used to be, because I have been arrested and interrogated many times in my life. I felt terrible anxiety and loneliness. I was happy to be guided and blessed by God in the refugee camp. God gives to those who want to help me. Over time, my anxiety and loneliness gradually improved. Thank you God so much for giving me health and care. God has given me a beautiful wife. My wife is a believer in God. She taught me to read the Bible. We read the Bible and pray every night. May God bless me and my wife to live for God and make God's name known. May God bless all those who help us and pray for us. Glory to God in the highest! Amen.

Danny asked: What is your hope for the future and what prayers should the reader pray for you?

My goal is to live for God. And then, to help the poor and the needy. When people see my behavior, they change their bad habits and believe in God. I want people to change and know God because of me.

Sir, I want this to happen to those who read my letter. Trust God, do not be discouraged, no matter how many difficulties you face. God will guide us and give us success as soon as possible. 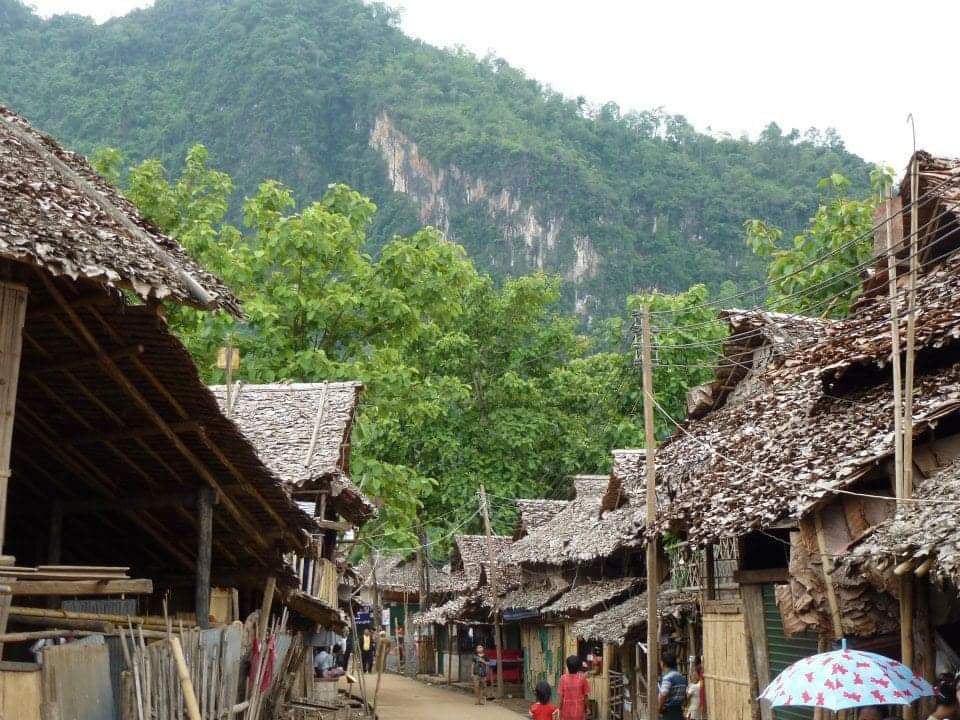 What happened to the Chin people? They have been an oppressed minority group in what is fundamentally a Burmese run empire. I find their experience significant, because they have faced severe injustice and have been sucked into trying to better themselves through political solutions instead of preaching the gospel. This was a mistake that the Jews made. Jesus trying to tell them that what they needed was spiritual renewal, rather than trying to overthrow the Romans. The Jews ignored Jesus's advice, and in the end their nation faced much suffering.

Such is the case with the Chin too, who for many years lived peacefully and humbly under Burmese control until 1988. In 1988 the whole country was rocked by student protests, led by the Buddhist Burmese, and the educated Christian Chin got sucked into it. They absorbed the spirit of the movement, believing in its goals of democracy and freedom through political protest, and, when it was brutally suppressed by the military government, believed that armed rebellion was justified. This brought the wrath of the much better equipped Burmese military on poor hilly farm region of Chin State. A neighbor of my friend in the refugee camp, wrote this statement of what they have experienced:

"The Chins are a peace loving people from north-western Burma. Even though our ancestors were animists who worshipped nature or the like, from the beginning of the late 19th century, the overwhelming majority of Chin people embraced Christianity as their choice of religion. And this remains ever since. As such we never had any notable conflict with the Burmese.

But this all suddenly changed since the student uprising of 1988. In Chin state, democracy and reform loving students and other like-minded volunteers started forming armed groups and start fighting against the junta forces. As a response to the uprising, the junta sent thousands of soldiers to Chin state since the early 1990s. As the junta forces were engaging with the insurgents, innocent civilians were forced to do many things which they would never have to do otherwise. Chin state never had a significant military presence before 1990. But after 1990, seven battalions and two brigade level junta soldiers are stationed all over Chin state.

Whenever the junta forces are moving, they forced us to serve in the army. If we didn't want to join the army, we're arrested and imprisoned. They forced the local villagers to carry their munitions, baggage, food etc...When they ran out of rations, they forcibly take the villagers' livestock such as cow, pigs or chicken without paying anything. The junta routinely forced us to work for their benefit on works such as building their barracks, planting vegetables for their consumption, repairing old roads and digging new ones. They also forced us to plant cash crops like coffee and alfalfa almost every week.

These forced labors made our normal life almost impossible to live the way we did for centuries. We had no time to work in the fields which is the main means of having our livelihood. As a result, our food supplies were greatly reduced. Near famine conditions and severe malnutrition among children are evident each day. The junta soldiers also forced the villagers to contribute rice, oil, salt and sometimes even money to them. The repeated shameless, immoral actions of the junta soldiers caused many untold miseries and suffering among the peace-loving Chin people. Yet the people are powerless in face of the junta's overwhelming power. The soldiers also made their presence felt to the Chin ladies by raping and torturing them whenever they feel like. There are neither human rights nor dignity in Chin state.

On the religious front in our state, the junta brought down Christian crosses that were erected on some hills and in their place built Buddhist pagodas which so offends the religious sentiments of the Christian Chins. The Chin people were not even allowed to build a new church without getting prior permission from the junta which, if asked, usually was rejected. They also restricted worship hours. In some places, people couldn't have long sermons which obviously might please some, yet it only added salt to the wound. Any Burmese soldier who by marriage converts a Chin lady to Buddhism is immediately promoted. There is no freedom of religion. All because of the above reasons, we, the Chin people were thereby forced to flee our beloved mother land and be scattered everywhere. We, a small Chin group, ended up in this Maela Refugee Camp."

There are profound lessons to learn from this. Once the ruling power's wrath is aggravated, it becomes very difficult to turn it aside. The Chin people never should have gone along with the pagan-buddhist led student rebellion in 1988, nor should they have ever taken up weapons in an insurgency. And who bears the burden of the protestor and rebel soldier's actions? The common civilian. This is a hard truth to accept. But that is the reason why Jesus never got involved in political matters. This is what Sister White says on the issue:

"The government under which Jesus lived was corrupt and oppressive; on every hand were crying abuses,--extortion, intolerance, and grinding cruelty. Yet the Saviour attempted no civil reforms. He attacked no national abuses, nor condemned the national enemies. He did not interfere with the authority or administration of those in power. He who was our example kept aloof from earthly governments. Not because He was indifferent to the woes of men, but because the remedy did not lie in merely human and external measures. To be efficient, the cure must reach men individually, and must regenerate the heart.  Not by the decisions of courts or councils or legislative assemblies, not by the patronage of worldly great men, is the kingdom of Christ established, but by the implanting of Christ's nature in humanity through the work of the Holy Spirit. "As many as received Him, to them gave He power to become the sons of God, even to them that believe on His name: which were born, not of blood, nor of the will of the flesh, nor of the will of man, but of God." John 1:12, 13. Here is the only power that can work the uplifting of mankind. And the human agency for the accomplishment of this work is the teaching and practicing of the word of God.  (Desire of Ages page 509)

"In cases where we are brought before the courts, we are to give up our rights, unless it brings us in collision with God. It is not our rights we are pleading for, but God's right to our service." (Last Day Events, p. 146)

Now the Chin are not only fighting and being oppressed by the Junta, but the different Chin groups are fighting amongst themselves (Zomi Reunification Army, Chin National Front Chin National Army, ZRF, ZRA, CDF etc). Violence begets violence. May the experience of the Chin be a lesson to us as uprisings spring up in our own countries. 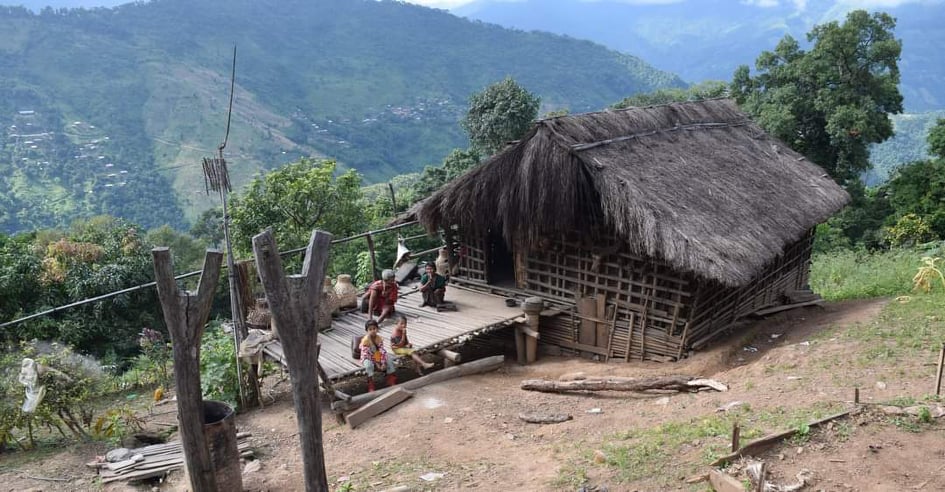 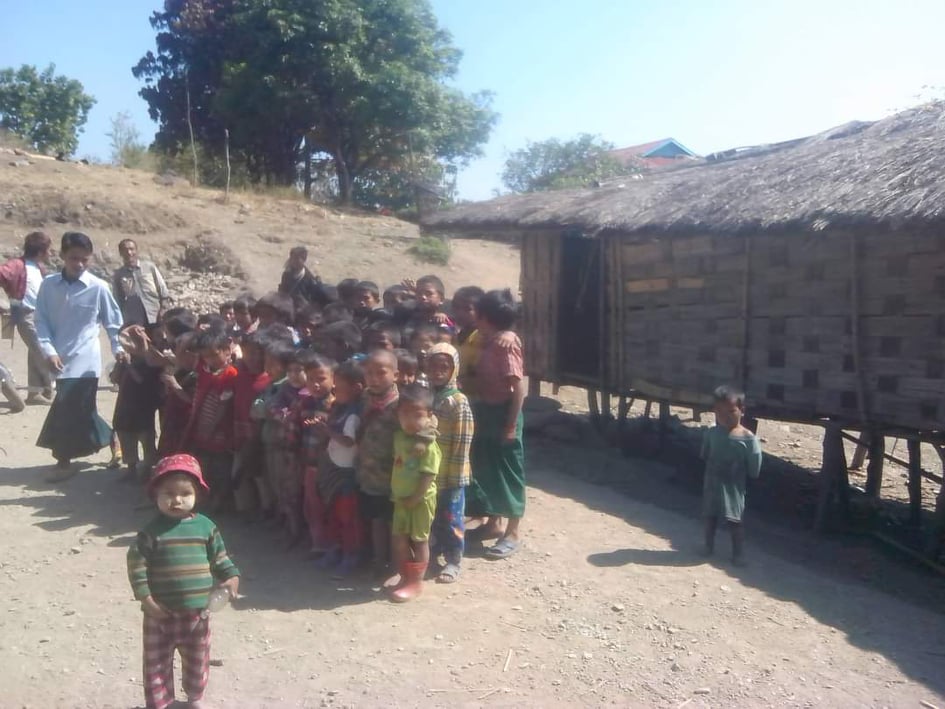 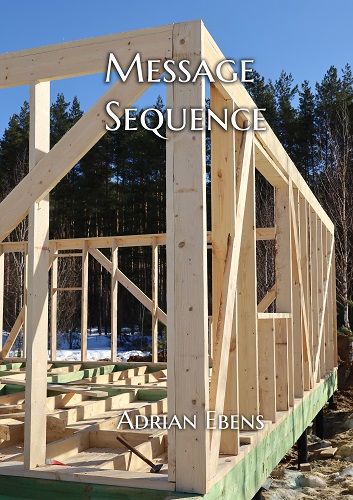