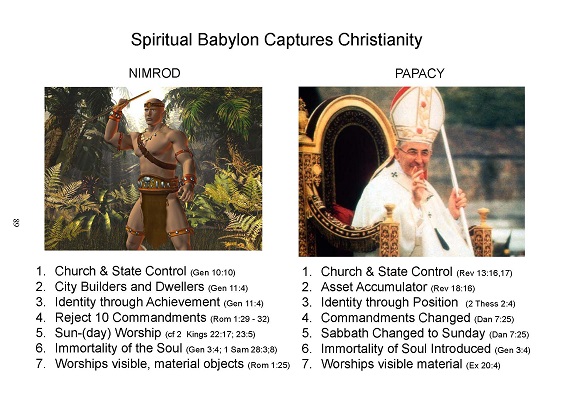 This chart is an extension of the chart “Babylon and Israel power structures” on page 77. As Nimrod’s descendents took Israel captive through Nebuchadnezzar and they were held captive until the commandment to restore and build Jerusalem, so Christianity was taken captive by Babylon in the years after the apostles through the time of Constantine up to the time of Justinian in the 6th century A.D. The parallel between Nimrod’s kingdom and the church of the dark ages has many similarities. Some of this has been documented in Alexander Hislop’s book “The Two Babylons”