The Christian community of the first to the fifth centuries A.D. categorically declared, through its leaders, that Christianity forbids any murder, including murder in war. [Note: I believe the historical evidence is more complicated than this, especially as we reached around 200-300 AD]

In the second century the philosopher Tatian, a convert to Christianity, declared that killing in war was inadmissible for Christians, as was any kind of murder, and he regarded the honored military wreath as an obscenity for a Christian [Note: The only quote I can find by Tatian is this, written in contrast to the Greek gods who lived under "fate" - "I do not wish to be a king; I am not anxious to be rich; I decline military command; I detest fornication; I am not impelled by an insatiable love of gain to go to sea; I do not contend for chaplets; I am free from a mad thirst for fame; I despise death; I am superior to every kind of disease; grief does not consume my soul." From Chapter 11, The Sin of Men Due Not to Fate, but to Free Will, Address to the Greeks]. In the same century Athinagoras of Athens stated that not only must Christians themselves not kill, but they must not be present at any scene of murder. [A Plea for Christians, Chapter XXXV.-The Christians Condemn and Detest All Cruelty]

In the third century Clement of Alexandria contrasted the ‘warrior-like pagans’, with the ‘peaceful race of Christians’. But it was the renowned Origen who most clearly expressed the Christians’ dislike of war. Applying to the Christians the words of Isaiah, who said that a time would come when people would beat their swords into plowshares and their spears into pruning hooks, Origen says firmly: ‘We will not raise arms against any other nation, we will not practice the art of war, because through Jesus Christ we have become the children of peace.’ Replying to the accusation made by Celsus against the Christians who refused military service (for in the opinion of Celsus the Roman Empire would collapse if it became Christian), Origen says that Christians fight more than others for the sake of the Emperor, but they do it through good deeds, prayers, and by setting a good example to others. As for armed combat, Origen quite rightly says that a Christian will not fight in the Emperor’s armies, not even if the Emperor forced them to. (For good overview of this position as more gentiles converted, see here: Early Christians Speak by Everett Ferguson, Chapter 28 - Christians and Military Service)

Tertullian, a contemporary of Origen, expressed himself equally decisively on the impossibility of Christians becoming soldiers. He said of military service: ‘It is not fitting to serve the emblem of Christ and the emblem of the devil, the fortress of light and the fortress of darkness. One soul cannot serve two masters. And how can one wage war without the sword which the Lord himself has taken away? How can it be possible to practice using the sword when the Lord has said that anyone who takes up his sword will perish by the sword? How can a son of peace participate in combat?’ (From the chapter 19 'Concerning Military Service' from On Idolatry - read more on this from Tertullian)

The celebrated Cyprian said: ‘The world is going mad in mutual bloodshed. And murder, which is considered a crime when people commit it singly, is transformed into a virtue when they do it en masse. The offenders acquire impunity by increasing their ravaging.’ (From Epistle 1 - to Donatus)

In the fourth century Lactancius said the same thing: ‘There must not be any exception to God’s commandment that it is always a sin to kill a person. It is not permitted to bear arms, for our only weapon is the truth.’

In the rules of the third century Egyptian Church, and in the so-called ‘Testament of Our Lord Jesus Christ’, it is absolutely forbidden for any Christian to enter military service, under pain of excommunication from the Church. In the lives of the Saints there are a number of examples of Christian martyrs of the early centuries who suffered on account of their refusal to enter military service.

Thus Maximillian, having been brought to the office of military conscription, answered the Proconsul’s first question as to what his name was, thus: ‘My name is Christian and therefore I cannot fight.’ Despite this statement he was enrolled as a soldier, but refused to serve. It was explained to him that he must choose between his duty to perform military duties and death. He said, ‘I had better die, for I cannot fight.’ He was handed over to the executioner. [From Acts of the Martyrs, see page 3 of this article: The Basis of Early Christian Anti-Militarism, 1918]

Marcellus was a soldier in the Legion of Troy. Believing in the teaching of Christ and the fact that warfare is an anti-Christian activity, he took off his military decorations in front of the whole legion, threw them on the ground and explained that having become a Christian he could no longer serve. He was imprisoned, but while in prison he still said: ‘A Christian cannot bear arms.’ He was executed. [The Acts of Marcellus, 298 AD, in The Acts of Martyrs]

After Marcellus, Cessian, who belonged to the same regiment, refused to serve. He too was executed. [The Passion of Cassian, 298 AD, in The Acts of Martyrs]

Under Julian the Apostate, Martin, who had been brought up in a military environment, refused to continue his service. Under examination from the Emperor he simply said: ‘I am a Christian and therefore I cannot fight.’

At the first Ecumenical Council in 325 it was clearly stated that there would be a severe penance for Christians who rejoined the army having left it. The original words of this resolution, in the translation recognized by the Orthodox Church, are as follows: ‘Called by grace to the profession of faith and expressing their first fit of anger by removing their military girdles, they then go back, like dogs to their vomit… and these people prostrate themselves before the Church for ten years, begging forgiveness as they listen to the readings of the Scriptures from the porch.’ [Canon 12 of the Council of Nicaea; people claim it is only referring to soldiers who served under Constantine's enemy Licinius...rather mysterious]

Christians who remained in the army were instructed not to kill the enemy in time of war. Even in the fourth century Basil the Great recommended that soldiers guilty of breaking this decree be banned from communion for three years. (Good Article on this: “Their Hands Are Not Clean”: Basil the Great on War and the Christian State)

Thus, not only in the first three centuries at a time of Christian persecution, but even after Christianity had triumphed over paganism and was adopted as the prevailing State religion, the Christians still held the conviction that war is incompatible with Christianity. Ferrucius said this quite explicitly and decisively, and was executed for doing so: ‘Christians are not allowed to shed blood, even in a just war, or at the order of Christian rulers.’ In the fourth century Lucifer, Bishop of Calaris, taught that even the most precious blessing of the Christian – his faith – must be defended, ‘not by killing others, but by one’s own death’. Paulinus, Bishop of Nola, who died in 431, threatened with eternal torment those who served Cesar with weapons in their hands.

This is how it was during the first four centuries of Christianity. Under Constantine the cross had already appeared on the standard of the Roman Legions. In 416 a decree was issued forbidding pagans to join the army. All the soldiers became Christians: that is, all the Christians, with only a few exceptions, renounced Christ.

Over the course of the subsequent fifteen centuries, the simple, indubitable and evident truth, that the professing of Christianity is incompatible with readiness to commit any kind of violence, even murder, at the will of others, has been so concealed from people, and has so weakened the sincerity of the Christian religious sentiment, that for generation after generation people, nominally professing Christianity, have lived and died, permitting murders, participating in murders, committing them and profiting by them.

Thus the centuries went by. As if mocking Christianity the Crusades were embarked upon. The most dreadful crimes were performed in the name of Christianity and those few people who had clung on to the basic principles of Christianity and did not permit violence – the Manicheans, Montanists, Cathars and others – only incited the majority of people to despise and persecute them.

But the truth, like a flame, slowly burns through the wrappings concealing it, and from the beginning of the last century it has become ever more apparent to people, and whether they like it or not it has caught their attention.

This truth has manifested itself in many places, but especially noticeably in Russia at the beginning of the last century (The Doukhobors who would not serve in the Czar's Army). There were probably very many examples that have occurred, leaving no trace.

Only some of them are known to us.

Excerpt from Leo Tolstoy's book: Law of Violence and Law of Love

For books in Russian, see https://maranathamedia-russia.com/ 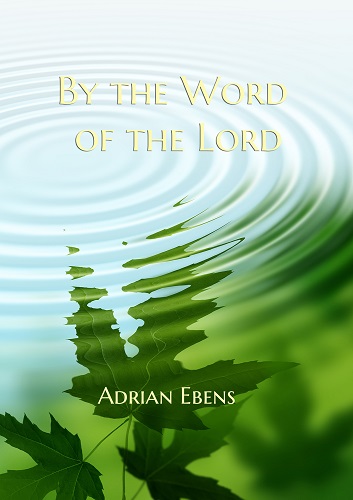