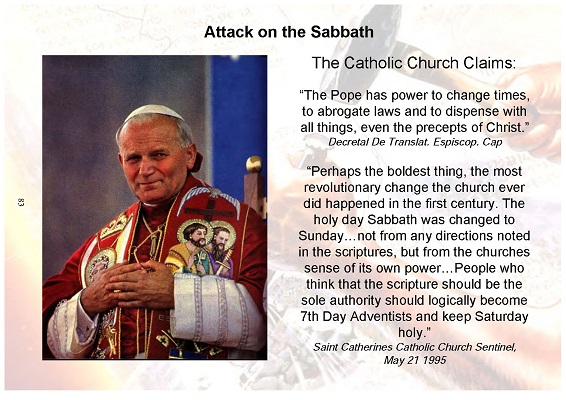 The quotes listed on this chart are simply astounding. Such blatant claims represent the height of arrogance and blasphemy in this antichrist power. To claim to have the power to abrogate (remove) the precepts of Christ is clear evidence of the aims of this system. The second statement is bold and also logical. It asserts that the Roman church did not get Sunday from the Scriptures but from its own authority. In this sense Sunday represents the mark of Rome’s authority to change and alter the scriptures and work according to its own desires.